Platinum-selling COJO Music/Warner Music Nashville recording artist Cody Johnson wrapped up a remarkable 2021 with his two final concerts in Las Vegas last week. In the last 12 months, Johnson, who MusicRow predicts “just might be the future of real country music,” has released a critically acclaimed, award-winning feature-length documentary (Dear Rodeo: The Cody Johnson Story), two celebrated albums (Human The Double Album and A Cody Johnson Christmas), his most successful single debut at country radio with “’Til You Can’t”, added to is his RIAA certifications, played sold-out concerts and more. In fact, Johnson increased his worldwide streams by nearly One Billion in 2021, growing from Two Billion to nearly Three Billion streams.

This summer Johnson released his feature-length documentary, Dear Rodeo: The Cody Johnson Story, to rave reviews offering fans an intimate look into his real-life journey from the dusty rodeo arenas of rural Texas to some of the biggest musical stages in America. The film was submitted, selected, and presented at major film festivals around the country to expand and open its reach to new audiences garnering numerous prestigious awards at The Telly Awards, The Wild Bunch Film Festival and The Wild West Film Festival. Dear Rodeo: The Cody Johnson Story launches on Amazon Prime now!

Johnson’s touring success continued in 2021 with his ever-growing reputation as a must-see live performer and ‘hard driving entertainer’ (Billboard). Several of his headline 2022 concerts dates announced this month sold-out within hours and shows continue to be added to his calendar. Johnson will also appear on Luke Combs’ 2022 Stadium Tour next summer. For up-to-date touring information go to www.codyjohnsonmusic.com.

When Johnson was recording his second COJO Music/Warner Music Nashville project, Human The Double Album, he had enough undeniably country songs in his arsenal to make not one but two albums. Instead of trying to pare down the selection, he decided to record all of them to offer a listening experience that feels like you’re at one of his unprecedented live shows. “I put the songs together in sequential order as if it was a set list, and I was going to play you this album live,” he shared. Human The Double Album debuted as the top country album the week of its release in October. It is available to stream and download on all digital music platforms (CLICK HERE) and the newly released vinyl is available at Johnson’s online store and at retailers everywhere.

The debut single from Human, “’Til You Can’t”, continues its climb up the country airplay charts. Written by Ben Stennis and Matt Rogers, it’s the quintessential why-not-now song that will call Johnson’s loyal fans to action. This song continues to be a standout in consumption and streams, with more than 85 million global streams to date.

Ain’t Nothing to It- GOLD (COJO Music/Warner Music Nashville)

"Diamond In My Pocket" –GOLD & PLATINUM 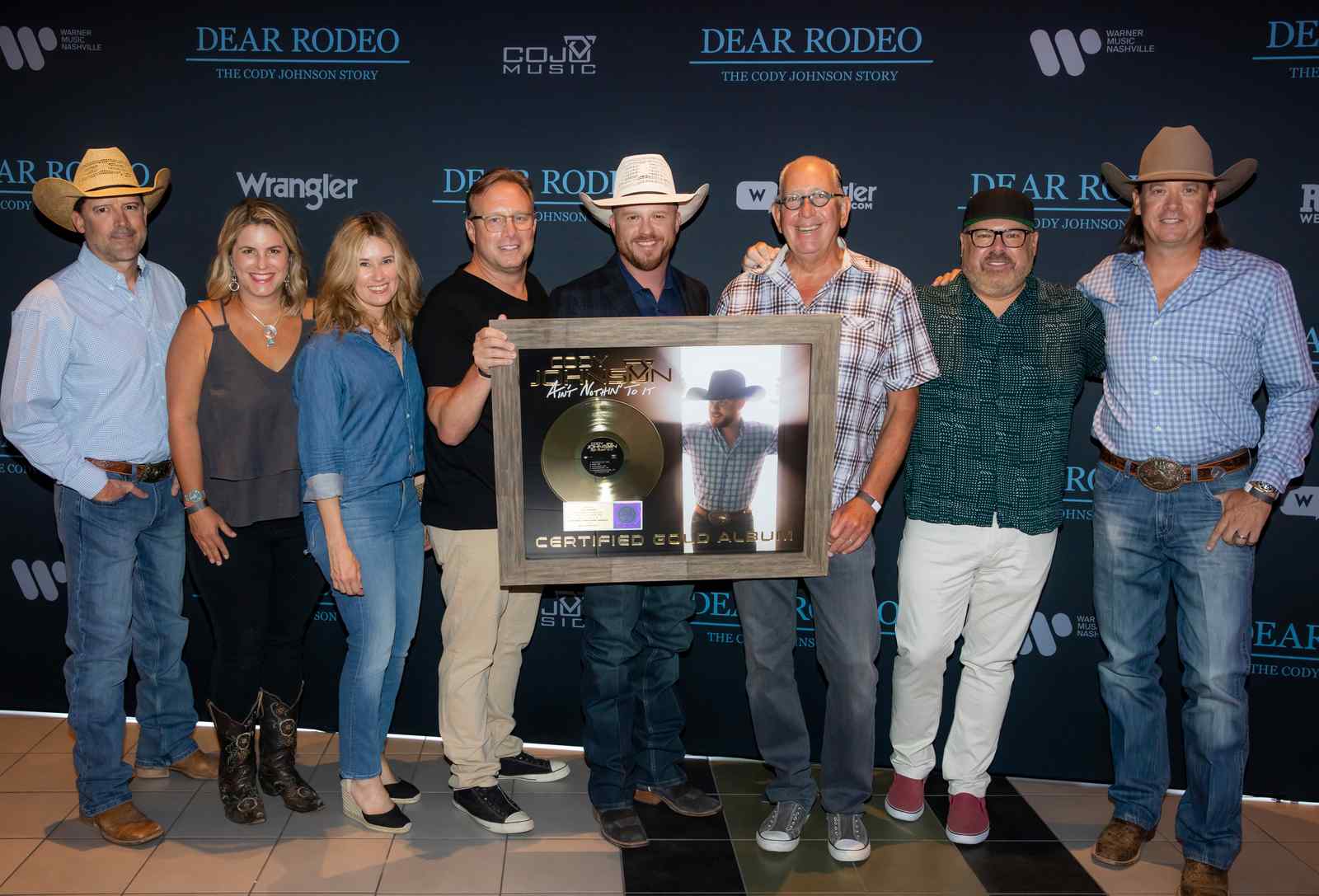 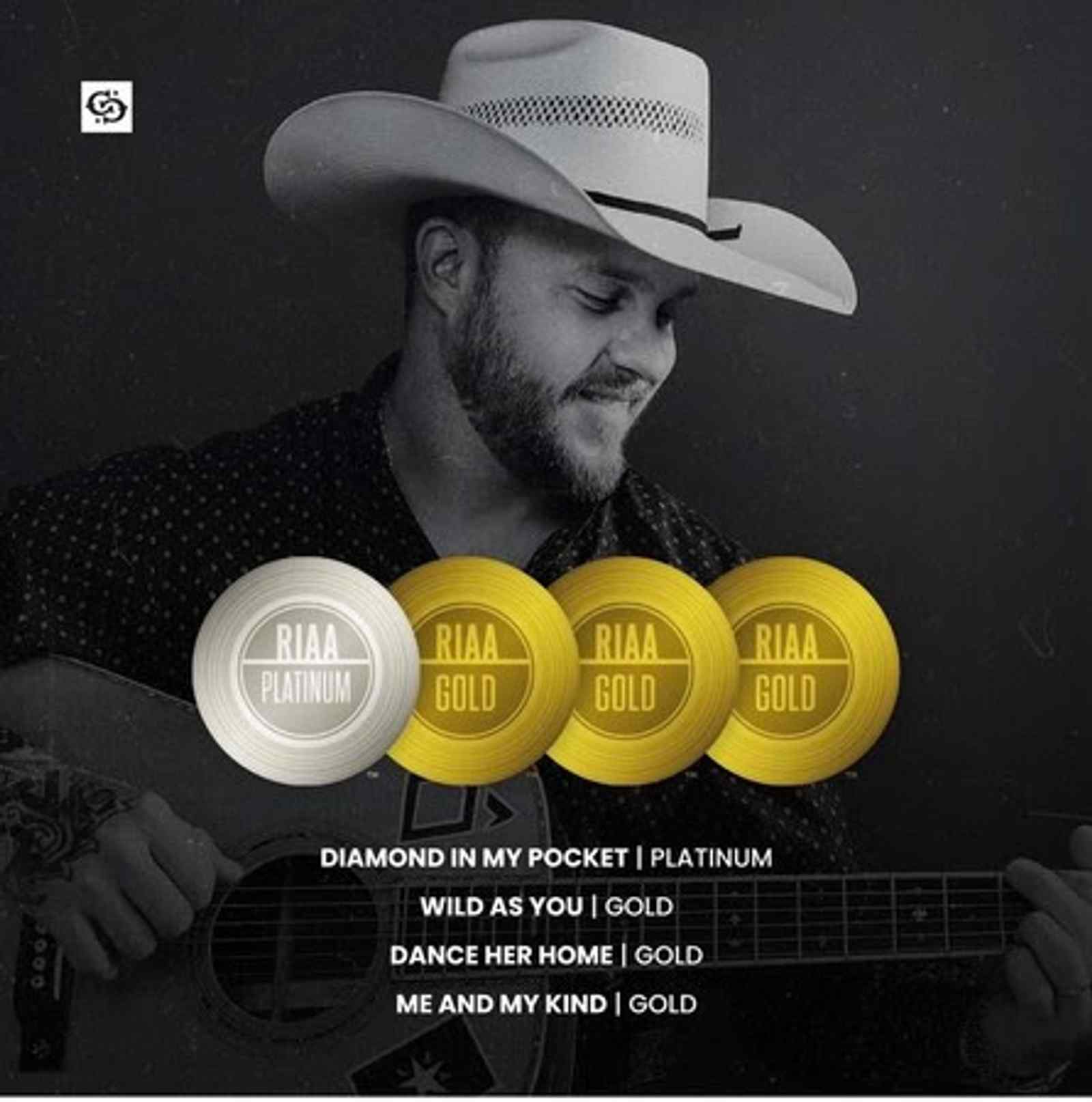 Red’s “Cowboy Gathering” is a 30+ year tradition of cowboy music and poetry, cook-offs, team roping, rodeo competitions and more, that serves as a platform to offer scholarships and to celebrate the men and women who make a living working cattle. 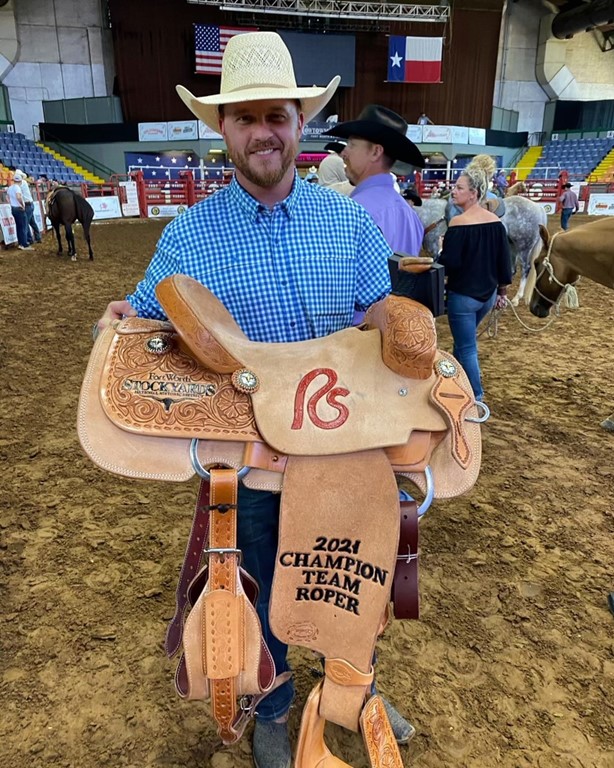 Johnson will receive the Spirit of Texas Award at the March 3, 2022, at the Texas Cowboy Hall of Fame induction ceremony taking place in Ft. Worth. Inductees include Patti Colbert, Wilson Franklin, Scharbauer Cattle Company, and Dr. Charles “Bud” Townsend.

Johnson’s music will be highlighted in the month of January as the “Featured Artist of Month” at more than 150 locations.